GEEK Magazine and Christian Gossett join together
to bring you new Red Star content:
RAPIDFIRE.
Join the team at Comicon
for a sneak peek of this exclusive project!
The Red Star Rises:
GEEK talks with Christian Gossett
Friday, July 19, 2013
10:00AM – 11:00AM
Room 32AB
Also, be sure to pick up the EXCLUSIVE Rapidfire poster

FRIDAY, July 19, 2013
10:00 – 11:00am – The Red Star Rises: Geek talks with Christian Gossett
Room 32AB
Legendary comic book creator Christian Gossett will be live on stage in conversation with GEEK magazine editor-in-chief David E. Williams as he discusses his pioneering and award-winning comic book series The Red Star (soon to be a major motion picture from Chronicle director Josh Trank for Warner Bros). They will be joined by Ana Alexander,Catherine Annette and Ashley Noel, who appear in an all-new Red Star comic book adventure Rapidfire, appearing exclusively in the pages of GEEK magazine. Gossett will also talk about his design work on such films as Peter Jackson’s King Kong and Tim Burton’s Alice in Wonderland as well as inventing the famous two-sided light saber forTales of the Jedi and an Exclusive Red Star Comic-Con poster will be distributed to the first 100 attendees. Presented by GEEK. Room 32AB.
5:00 – 6:00pm – The Geek Star Wars Roundtable – Live On Stage!
Sense a great disturbance in the Force? Don’t worry, it’s only the cover story of GEEK magazine coming to the stage of the San Diego Comic-Con as we once again re-convene our own Jedi Council roundtable to discuss our new hopes for the saga and the astounding developments in a galaxy far, far, away. Join Sam Witwer (Being Human, The Clone Wars),Kyle Newman (director, Fanboys), Steve Melching (writer, The Clone Wars), Jonathan Rinzler (author, The Making of Return of the Jedi) Christian Gossett (artist, Tales of the Jedi) and GEEK founding publisher and Sith Lord Mark A. Altman (writer/producer, Free Enterprise) as they discuss the return of Han, Luke and Leia, the prequels, the end of The Clone Wars and J.J. Abrams’ epic challenge as Star Wars strikes back. Presented byGEEK. Room 7AB.
3:30– 5:30pm – Starship Smackdown™ Redux 3-D: Ultimate Platinum Collector’s Edition
The must-see panel of Comic-Con and Wondercon returns for another action-packed year as the greatest spaceships in the history of the universe converge in the ultimate conflagration for the highly-coveted Smackdown title in Comic-Con’s most scholarly and serious panel ever convened. Will the Starship Enterprise once again defeat an Imperial Star Destroyer? Can the Serenity make mincemeat out of the Battlestar Galactica? Can you get cell reception in the TARDIS? And will Dr. Neil DeGrasse Tyson once again suddenly show up to save the Spaceship of the Imagination from certain doom? Join our panel of expert spaceshipologists as they outwit, outplay and outphaser, starring Daren Dochterman (ST: TMP Special Edition), Chris Gossett (The Red Star: Rapidfire, Tales of the Jedi), Ashley E. Miller (X-Men: First Class, Thor), Steve Melching (Star Wars: The Clone Wars, Transformers: Prime), Robert Meyer Burnett (Free Enterprise, ST:TNG Blu-rays), Kathryn Reindl (Twisted, Twilight Zone) and the Gene Rayburn of the stars, moderator Mark A. Altman (Free Enterprise, Femme Fatales, DOA: Dead Or Alive), along with some very special surprise guests. End your weekend the San Diego way with the geekiest and most beloved panel of all-time in this or any other dimension, known or unknown. All-new ships, all-new quips. Vote now for your favorite ships on Twitter andFacebook. Presented by GEEK. Room 6A

Christian was invited to display work in the Villain and Assassins gallery show at the Strychnin Gallery show in Berlin, Germany.  We are happy to share some of the opening night pictures below.

A couple of Paul Tobin’s pieces 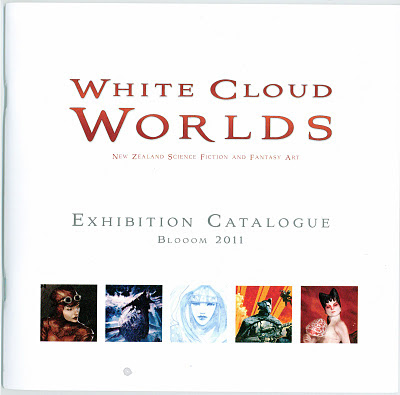 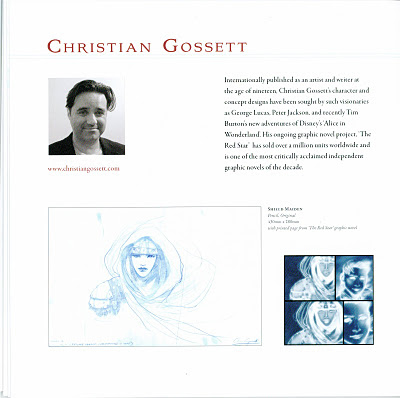 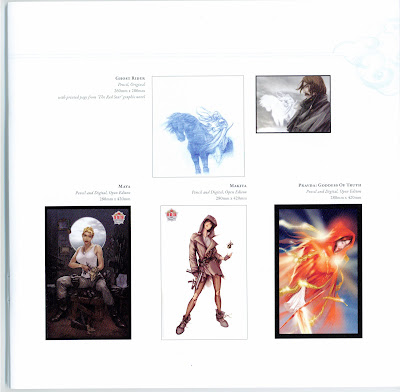